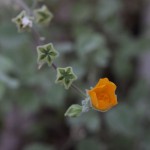 If you’ve attended a FormLA Landscaping hike and learn, you are familiar with Monkey Flower! In the spring, Mimulus cascades down many a Los Angeles hillside. There are several varieties. We recommend Seep Monkey Flower as an alternative to Nymphaea in riparian environments. Each variety is recommended as a fire resistant plant by planners and firefighters in Los Angeles, Orange and San Diego counties. 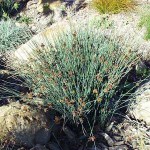 Theodore Payne Foundation for (California!) Wildflowers and Native Plants and FormLA Landscaping share a common president of the board in Cassy Aoyagi.  We also share a common philosophy.  We believe choosing native foliage ensures Los Angeles thrives while rocking a look distinctive from anywhere else in the world.  Theodore Payne Foundation promotes this uniquely California aesthetic, educates the public about the how-tos of native gardening, and maintains a bountiful nursery of natives.

Cassy’s work with the Foundation has produced notable results.  Under Cassy’s direction, the Theodore Payne Foundation has gained momentum, dramatically expanding its staff, as well as its education and outreach efforts.  In 2011, the Foundation secured funding to expand its educational facilities and programs and partnered with the California Native Plant Society to champion the dedication of California Native Plant week in April.  It recently celebrated the 50th anniversary of the Foundation’s popular annual garden tour, expanding the tour to include even more deliciously lovely gardens and a pre-tour gourmet garden extravaganza.