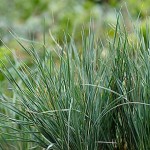 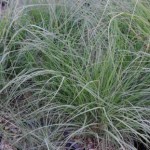 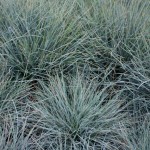 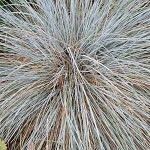 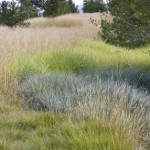 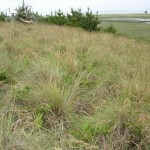 Which Fescue creates the fairest rough?

Golf courses throughout southern California use Festuca arundinacea in the roughs alongside fairways striving for the “Augusta look.”  For years, we prized and emulated Georgia’s verdere hoping to turn our neighbors green with envy!  But what if we stopped chasing Georgia’s look and learned to prize the authentic look of Los Angeles?  Let’s see what is  on the other side of the fence. Prized for its monochromatic, velvety green, Tall fescue, Festuca arundinacea,  is symbolic of health and wealth in its native Europe.  Once it lands in Los Angeles, it simply takes wealth to keep it healthy!  Here are some things to consider before planting tall fescue:
If you love a traditional lawn aesthetic, don’t be afraid to hop the fence!  The grass truly is much more interesting on the other side.

A bunchgrass native to several regions throughout California and Oregon, California fescue thrives on very little water.  Rather than competing on the Georgia-defined playing field of emerald green, it offers California an opportunity to showcase a distinctive and authentic look.  Festuca Californica:

L.A.’s fairways could be lined with silvery blue rivers shaded by expansive canopies of Coast live oak.  If we add intoxicatingly fragrant and eye-catching cornflower blue of Salvia cleavelandi, spikes of Juncus and fuchsia Hummingbird sage, Augusta’s rough envy might just bring out  an entirely new shade of green!