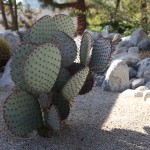 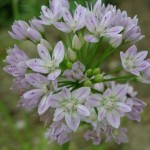 Allium Unifolium: Photo courtesy of the Theodore Payne Foundation. You may never guess it from the charming blooms, but Allium are part of the onion and garlic families! Most will range from 1-2 inches in height with their diaphanous blooms emerging from the top of a leafless stalk. 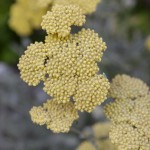 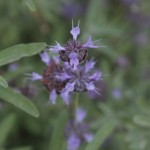 Governor Jerry Brown called for voluntary water conservation efforts as he declared the drought, but your efforts to conserve water – or not – may be worth a pretty penny to your municipality.

Cities and governmental organizations throughout the county began offer intricate incentives for drought tolerant landscaping and rate hikes for excessive water use .  There is evidence these programs have produced the intended consequences. According to the Los Angeles Times, LA water use has remained at 2007 lows, evidence that carrots and sticks produce lasting changes to our habits.

$1 Per Square Foot:  Earn a dollar for every square foot of thirsty lawn you replace with an IdealMow® lawn alternative or other drought tolerant landscaping material via the Los Angeles County Waterworks “Cash for Grass” program.

Here is the latest on sustainable landscaping policies and incentives in some of the cities we serve throughout the County of Los Angeles:

Beverly Hills – Sticks:  Theodore Payne Foundation for Wildflowers and Native Plants presented a potent case to city council explaining the need for a shift in the way they manage their water.  To date, we have not seen movement parallel to their counterparts around the county.

Los Angeles – Carrots: Expect graywater to be the wave of the future as Los Angeles shifts away from imported water to local sources derived from treated storm water run-off and rain water capture.

Pasadena – Carrots:  Pasadena’s water saving efforts include its well-rounded Turf Removal Program.  Multi-family and commercial projects can earn as much as $10,000, while single-family homeowners can earn up to $2500.

Santa Monica – Carrots: Look for this city to become completely water independent in the very near future, setting an amazing example for the county and the country. Santa Monica reduced dry run off from over 700,000 gallons per year to under 200,000gal/year over the last decade.  Its incentives include Cash for Grass and rebates for drip irrigation, sprinklers, rain barrels and cisterns, downspout redirects, and weather based irrigation controllers.

Sierra Madre – Sticks:  The city, having lost its ability to support its water needs with well water, is considering a 20 percent water rate increase.  The city seeks ways to cost with the cost of importing water, which is 2.5x more expensive than utilizing its own water resources.

Of course, FormLA Landscaping ensures each of our design+build projects maximize both sustainability and incentive program eligibility.  If you have questions about the carrots or sticks in your municipality, please contact us.